Just in time for the kick-off of the Bundesliga, “ZDFsport“ is getting a new face. The Frankfurt studio Markgraph is behind the redesign. The design agency was commissioned to create a visually and technically contemporary set design for the three sports formats “das aktuelle sportstudio“, “ZDF SPORTreportage“ and “ZDF SPORTextra“.

“das aktuelle sportstudio“ is a classic of German television. For more than 50 years, the weekly magazine has been reporting from the world of sport every Saturday. On the 19th of  August 2017, viewers can experience the cult programme up close and personal in a dynamic all-round look.

The leitmotif of the new studio is a swarm of specially developed LED modules whose shape and arrangement is derived from a typical stadium motif: the waving scarves in the fan curve. Thanks to the circular arrangement of the LED swarm and the extension of the grandstand areas for the studio guests, the live audience as well as the spectators at home have the feeling of being right in the middle of the action. The video-capable modules are not only characterised by their clear design, but also offer a variety of staging options in combination with large LED walls.

The regularly recurring structure of the “medial fan curve“ creates a creative calm and at the same time allows a high degree of flexibility in application. With an alternation of open and condensed areas, the swarm design of the camera also allows a new dynamic play with space.‍

Loved trademarks of the “aktuelles sportstudio“ are also activated through the media. For example, the goal wall shooting during a duel shines in a new light thanks to integrated sensors and LED technology. The well-known studio clock is also digitalised. Set modules such as presenters’ tables or kinetic elements formally pick up on the LED swarm and thus create a holistic picture. Glossy black surfaces lend the sports experience a more modern aura, rich in contrast.

With the “media fan curve“ Atelier Markgraph has created a groundbreaking multifunctional experience space, which is also used for the two ZDF formats “SPORTreportage“ and “SPORTextra“.

“No green screen, no virtual studio: For the new face of ZDF-Sport, we deliberately focused on a hybridisation of digital media and physical experience space“, Prof. Lars Uwe Bleher, partner and one of the creative heads of Atelier Markgraph, describes the concept. The result is a studio design that is as contemporary as it is authentic, giving ZDF-Sport a striking, recognisable appearance right down to On Air Design (Alpenblick Mediendesign). For ZDF, a tool box with which a variety of inspiring sports moments can be staged in the future. 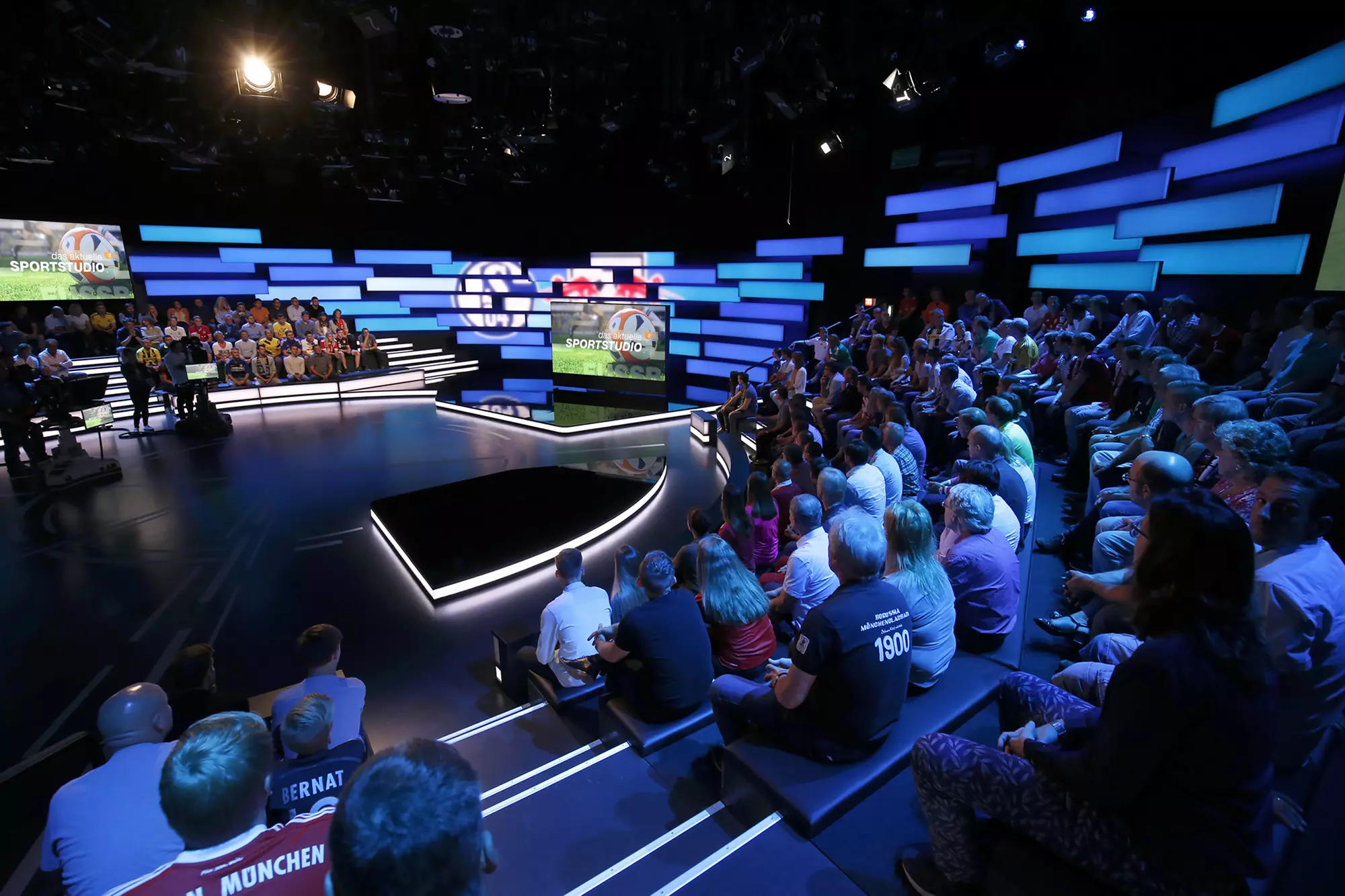 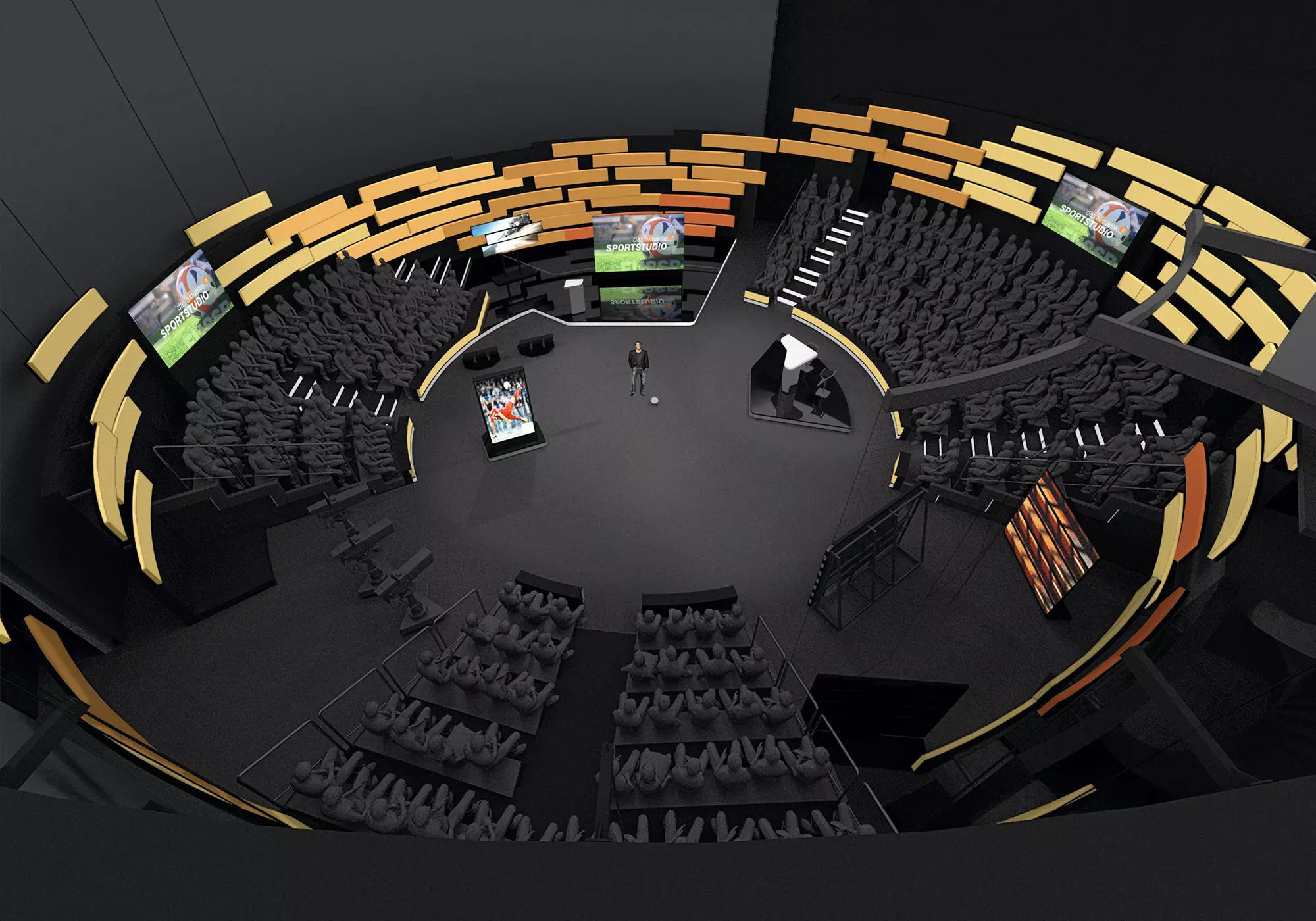 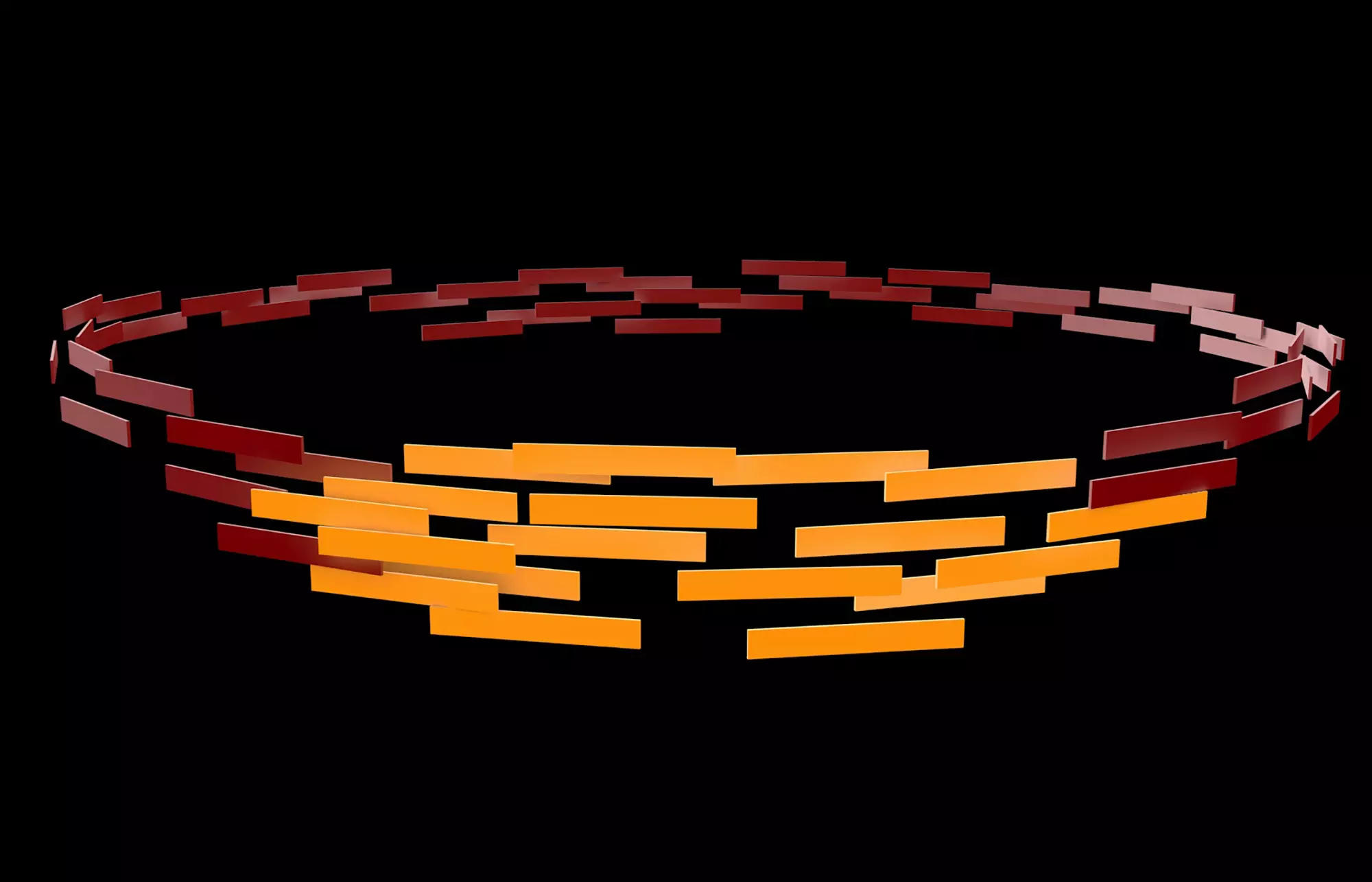 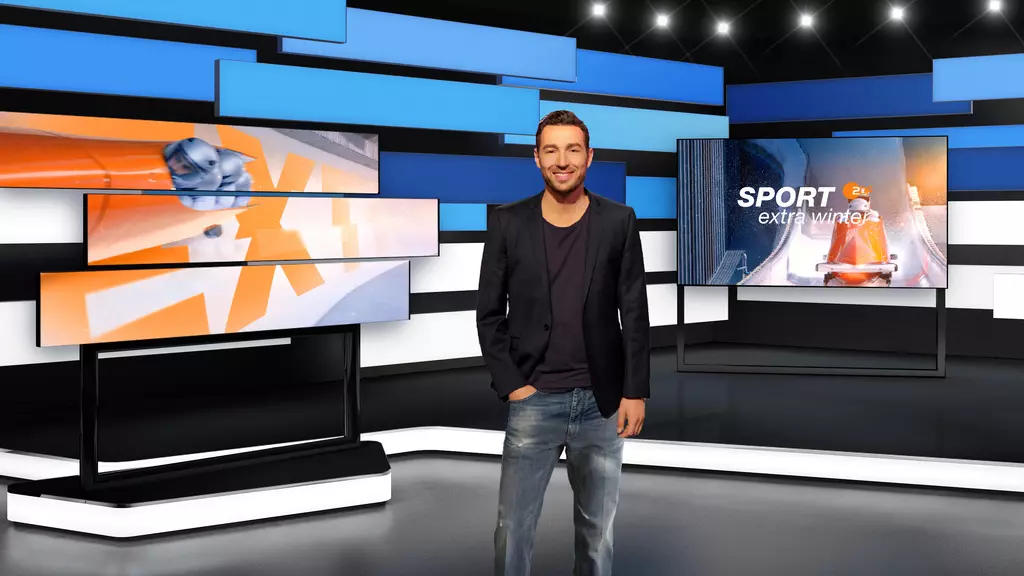 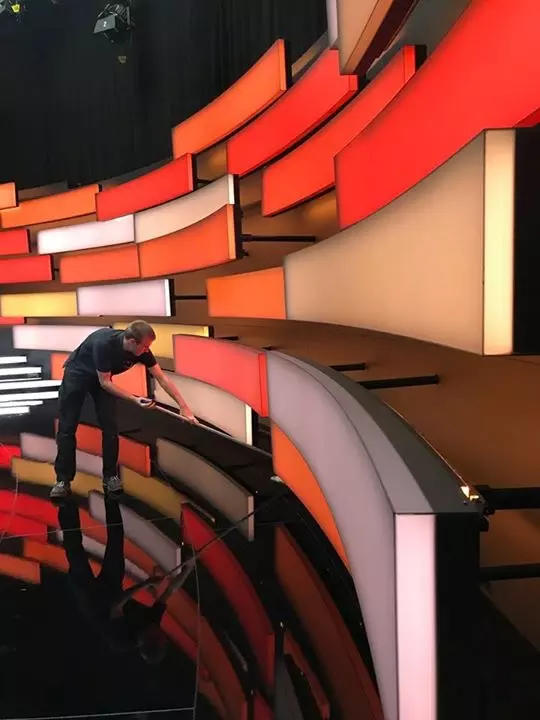 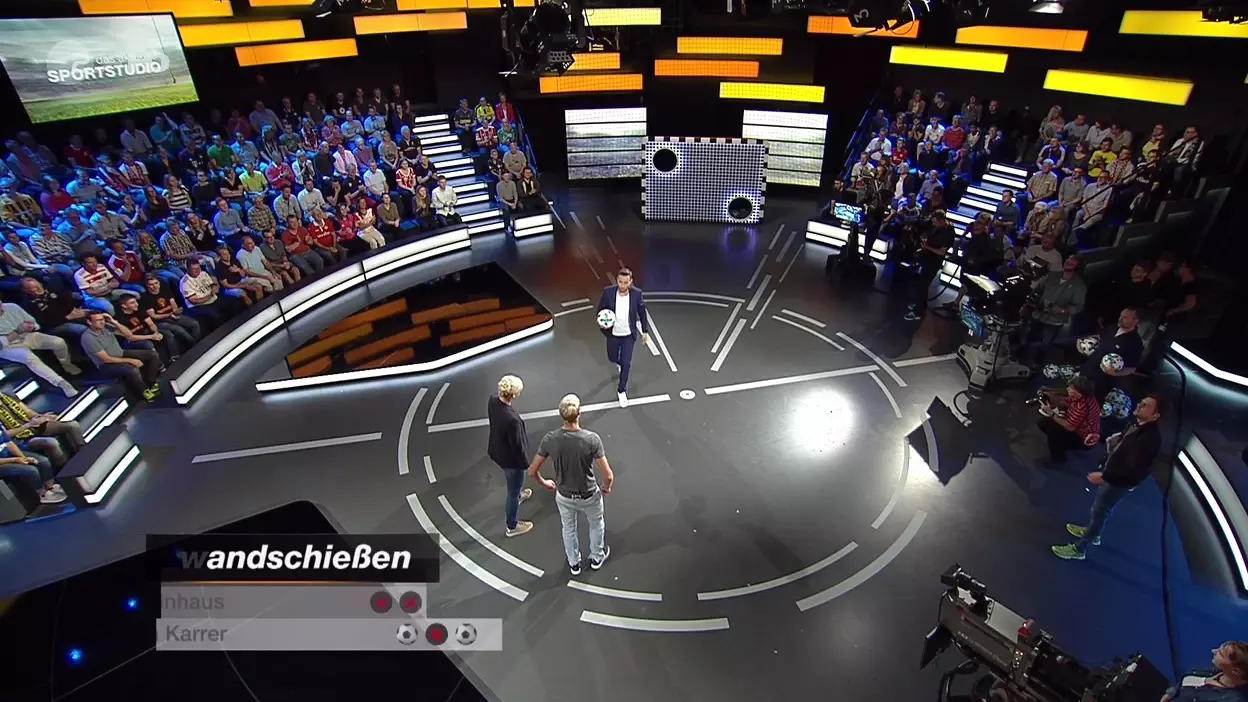 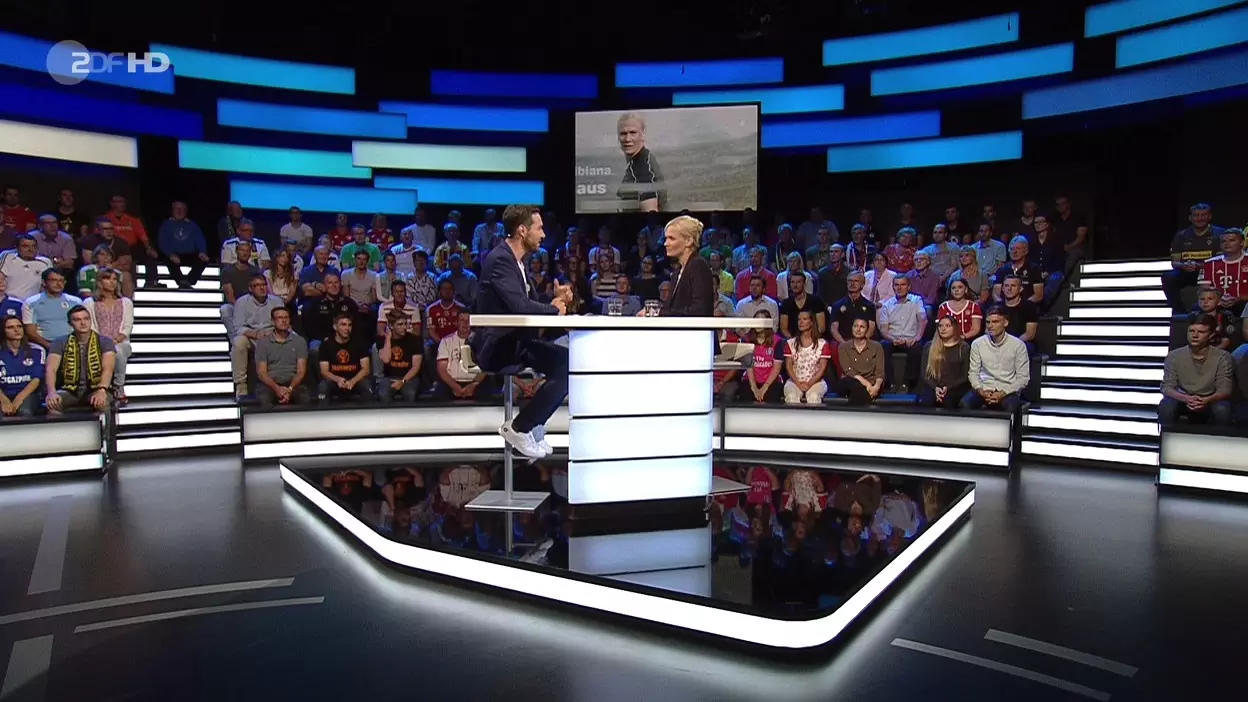 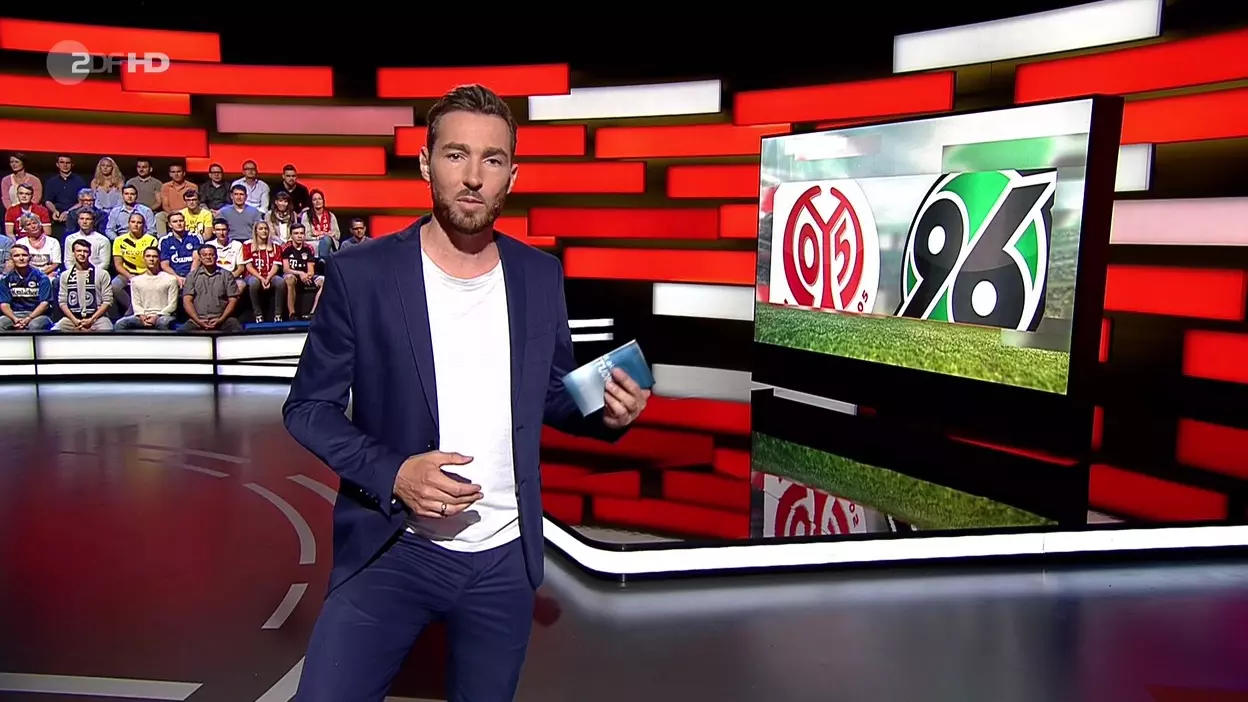 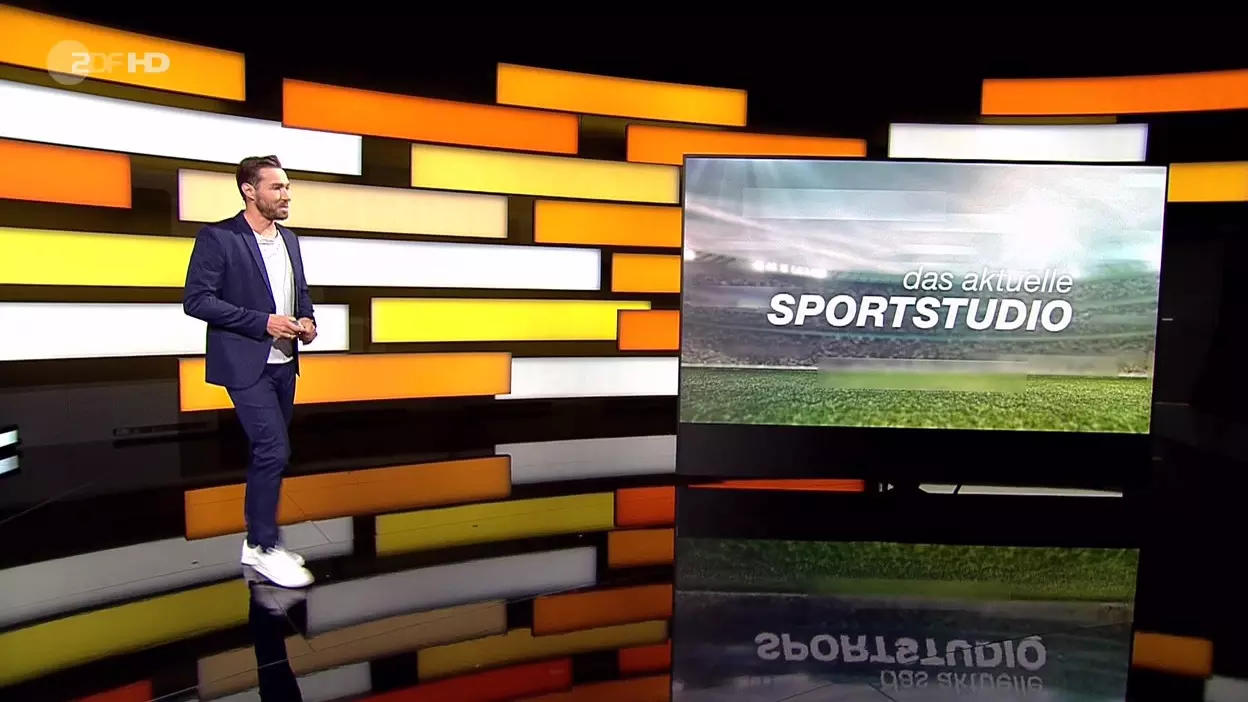 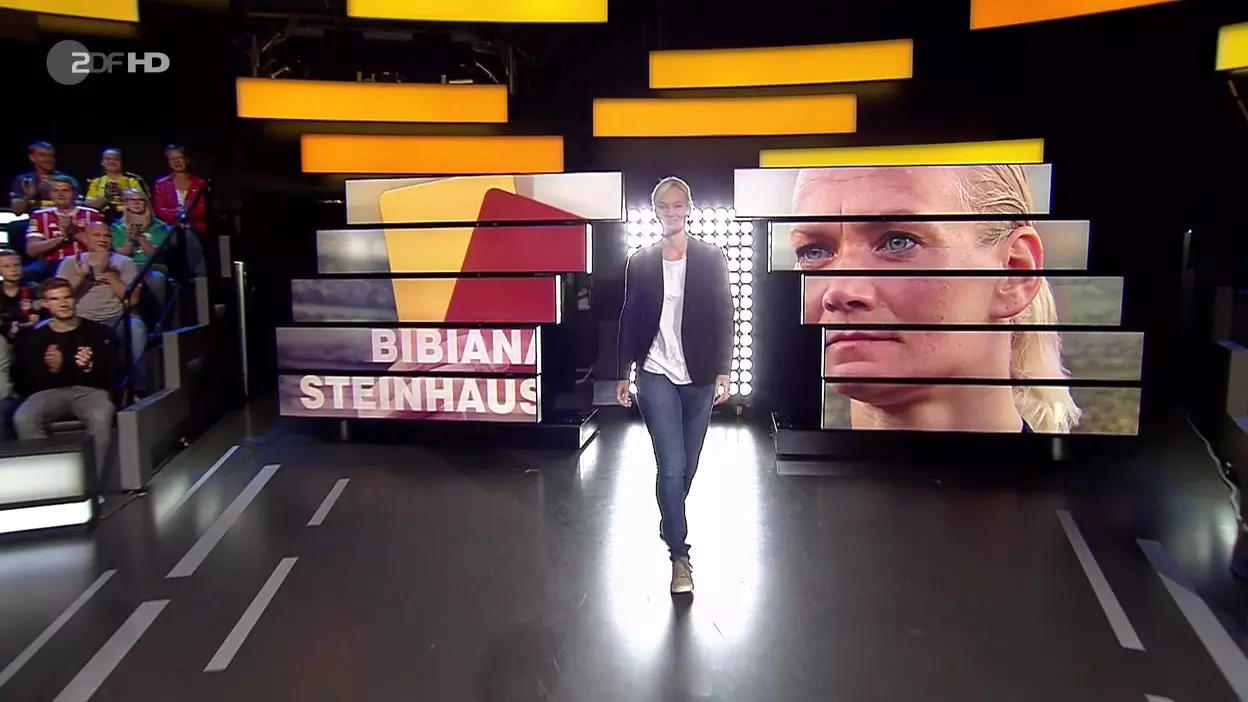 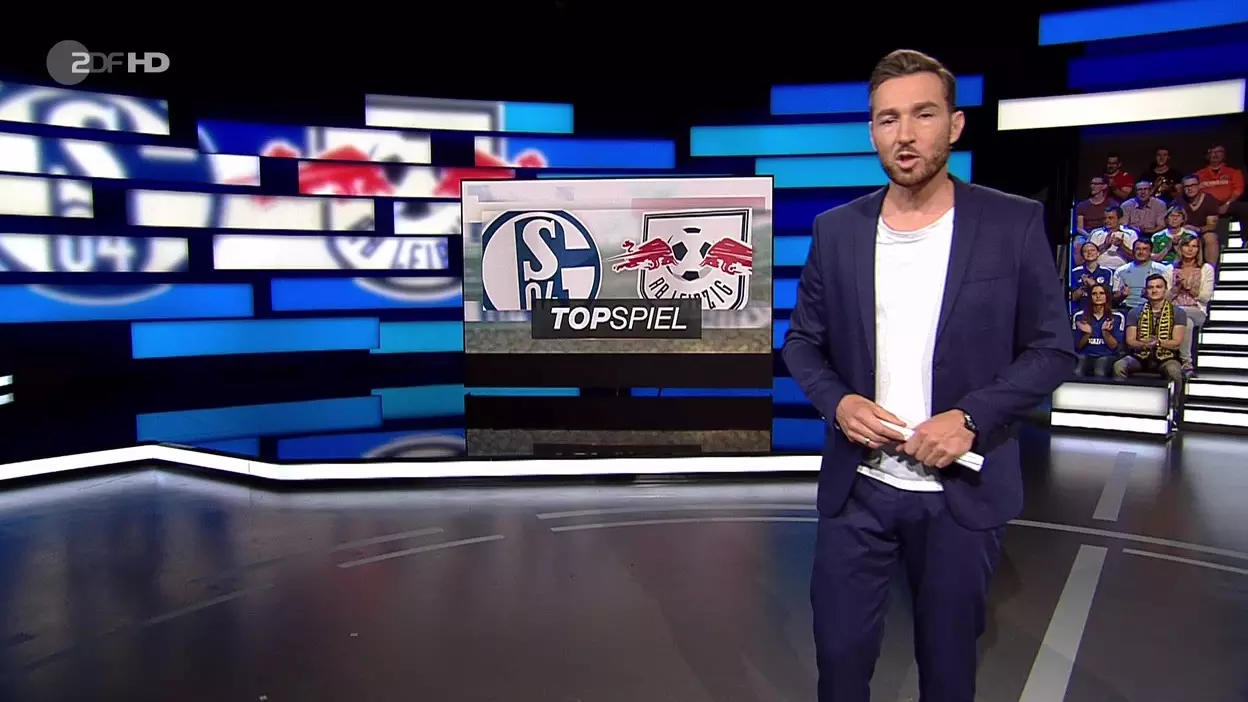