Frankfurt am Main, 01 January 2017 - No less than three of the prized ADC nails go to the agency trio Atelier Markgraph (Frankfurt am Main), jangled nerves (Stuttgart) and Liganova (Stuttgart) for the Mercedes-Benz brand presentation at the IAA 2017 in Frankfurt. The ADC Awards were ceremonially presented
on Thursday in Hamburg during the ADC Festival 2018. With their appearance at the IAA 2017, the three agencies opened up new dimensions of brand perception and were able to convince the jury of the most important German creative prize in three categories.

The jurors awarded a golden ADC nail for the overall staging of the Mercedes-Benz brand presence at the IAA 2017 in the category “Communication in Space: Trade Fair Presence“ to Atelier Markgraph, jangled nerves and Liganova, who jointly realised the project. In the category “Event: Consumer/Public Event“ another silver nail was awarded for the “me Convention“, which took place over three days as part of the trade fair presentation at the IAA in a cooperation between Mercedes-Benz and South by Southwest (SXSW®). The third silver nail was awarded in the category “Communication in Space, Craft - brand-related: Architecture / Set Design“ the elaborately staged stage set-up and the architectural play areas created in the three-storey festival hall. The
Mercedes-Benz brand presence at the IAA 2017 and the me Convention thus made it to 15th place in the award’s most successful campaigns with a total of three nails.

“In a time of redefinition for the entire automotive sector, Mercedes-Benz is taking a bold step forward at the IAA. The focus on its own opinion-forming, the successful networking of thematic communication on the mobility of the future, the dissolution of the disciplines learned and the holistic overall approach to the work are taking the category of communication in space into a new era,“ commented the jury on the gold award.

The Art Directors Club für Deutschland e.V. honours the best ideas of creative communication with the nails in gold, silver and bronze every year. More than 7000 submissions were entered in 2018 for the coveted awards in 40 main categories and numerous sub-categories - 5 Grands Prix and 50 gold, 92 silver and 200 bronze nails were awarded.

For the design of Mercedes-Benz's appearance at the IAA 2017, the task for the creative agencies was clearly defined: to rethink the format “trade fair appearance“ in times of change and disruption. The task was to create a platform for the future that would be part of the consistent further development of
the Mercedes-Benz presence. The overall concept created a modern, urban and at the same time approachable atmosphere in the historic Festhalle, which was characterised by innovative dialogue and interaction formats. What was new was that the brand presentation and the "me Convention" were combined to form an inspiring platform.

With an open three-storey architecture, the Stuttgart-based agency jangled nerves created a space for decentralised communication that distributed the visitor experience to numerous freely accessible platforms. On this architectural playground, the communication concept of the Frankfurt studio Markgraph combined digital and physical worlds to create innovative experience and dialogue formats that allowed visitors to access future fields at eye level. The visit began in the “CASE City“, a visionary urban street scene, where the future topics Connected, Autonomous, Shared & Services, Electric could be experienced using examples close to everyday life. The dome of the Festhalle spanned as a sky with changing atmospheres over a central stage of the “Urban Stage“. The multidimensional kinetic LED installation expanded the built space into changing theme worlds. Travel movements and media display merged, while visitors could simultaneously post their experiences with the brand on the LEDs in real time. All other experience formats of the presentation were also designed in such a way that visitors of the IAA could actively participate, for example in the “FabLab“, where future-oriented technologies and start-up working methods could be tried out for themselves, or on the Insight Stage, which invited visitors to “Future Talks“ on the mobility of the future. At the same time, the
“me Convention“ presented dialogue, interaction, networking and entertainment for three days in cooperation between Mercedes-Benz and South by Southwest (SXSW). Here Liganova succeeded in developing various stages & forums, workshops, co-working spaces and outdoor areas with inspiring experiences. More than 150 international visionaries, lateral thinkers and inspiring personalities from different social and cultural areas were present as speakers; among them astronaut and space explorer Buzz Aldrin, cyborg Neil Harbisson, IBM Fellow John Cohn, rapper A$AP Rocky or Facebook-COO Sheryl Sandberg in conversation with Dr. Dieter Zetsche, Chairman of the Board of Management of Daimler AG. They encouraged an exchange at eye level on topics that touch the very personal lifestyle of people and will have a significant influence on it in the future. Urban hotspots such as live concerts, networking events and parties took place all over the city and extended the “me Convention“ into public space.

ABOUT ATELIER MARKGRAPH
In times of disruption and change, brands are challenged to communicate credibly across media boundaries and create fascinating experiences that focus on people. Atelier Markgraph stands for spaces that communicate and inspire communication. In the field spanning between culture, business and science, we accompany our clients in the creation of immersive experiences. In our 60-member interdisciplinary team, corporate and cultural spaces are created at the interface of digital and analogue communication that can be directly experienced and that both challenge and encourage dialogue. In order to network brand and theme experiences across platforms, we rely on profound content and the latest technologies.

ABOUT JANGLED NERVES
jangled nerves is an interdisciplinary team specialised in communication in space and the connection of the physical and digital world. The agency combines the skills and services of strategic consulting, conception and design with those of a planning office for museum design and exhibition architecture as well as production for film, media and interaction. In the design process, media and space are understood as mutually influencing and inspiring components that are thought and developed as a whole. The goal: collective experiences that are remembered for a long time and enrich brands by a factor that is still undiscovered. The projects include museums, exhibitions, experience spaces, showrooms and trade fairs, realised for clients from the cultural, scientific and industrial sectors.

ABOUT LIGANOVA. The BrandRetail Company is a specialist for brand communication with its finger on the pulse. We fluidly design the boundaries between off- and online and create seamless brand, product and service experiences. The point of sale is transformed into a point of experience. In order to manage this experience, we network our areas of expertise in a targeted manner. We always think and work in the spirit of the times and create aesthetic productions. 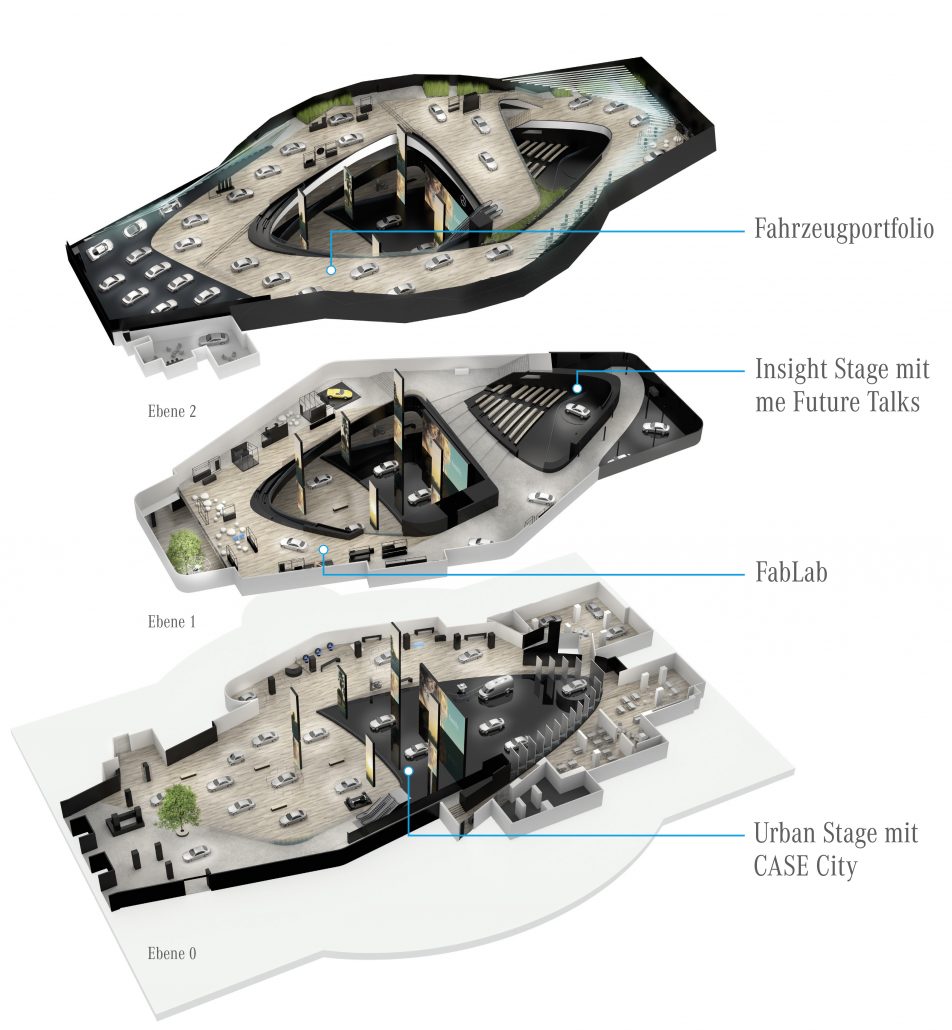 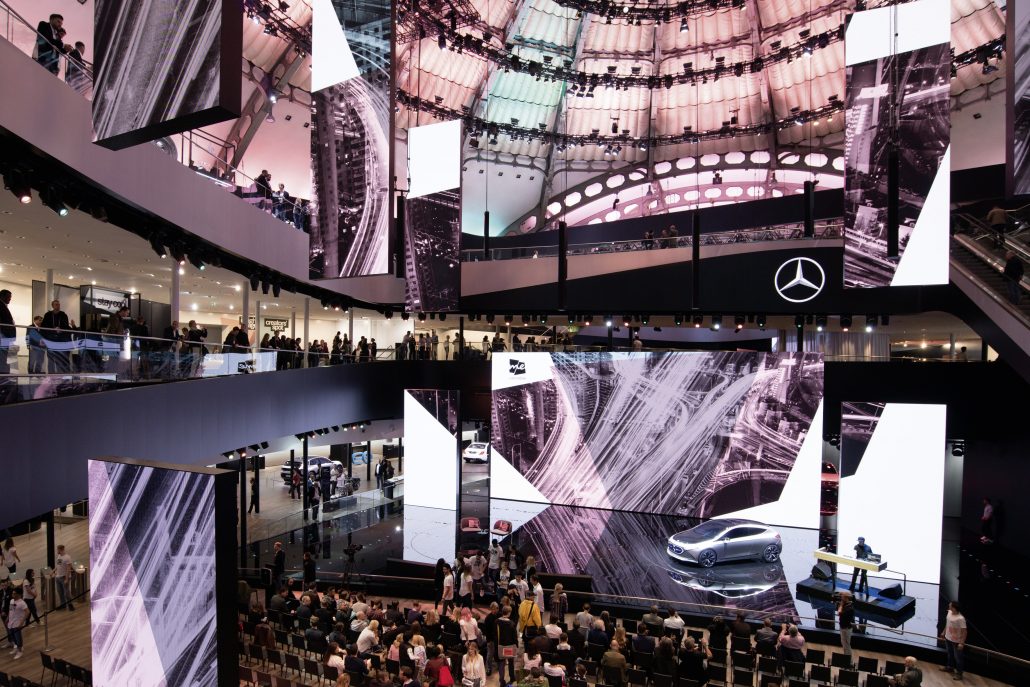 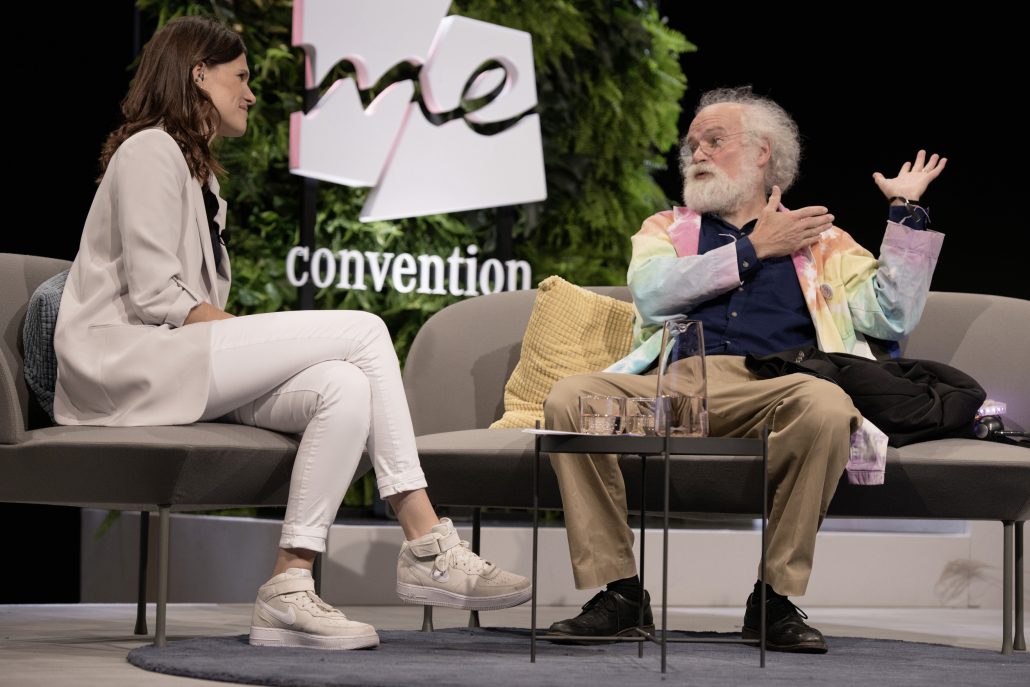 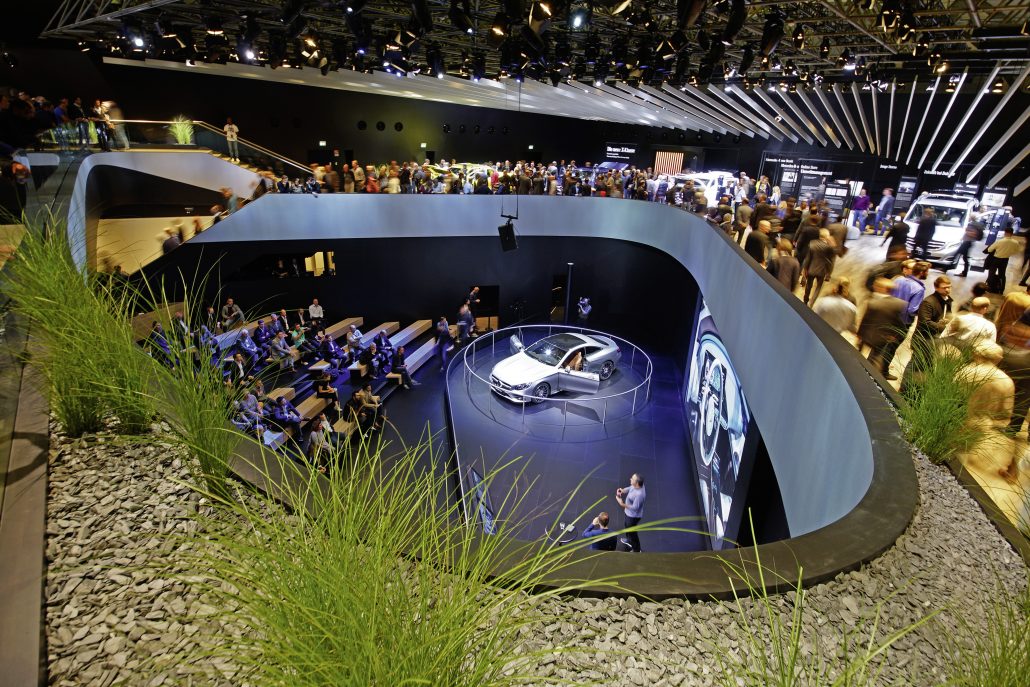 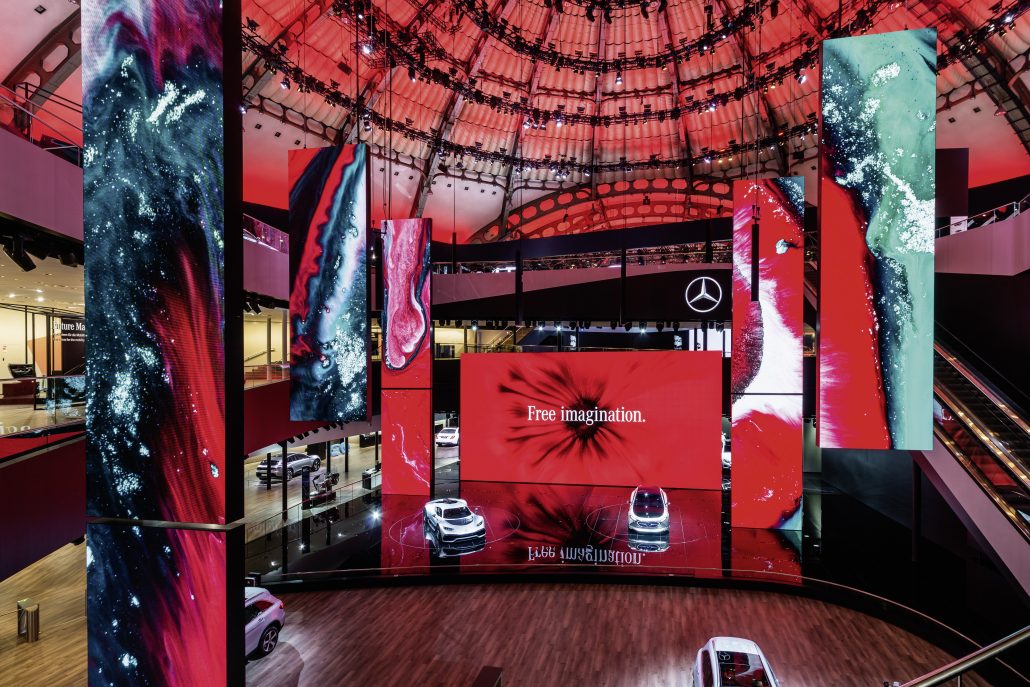 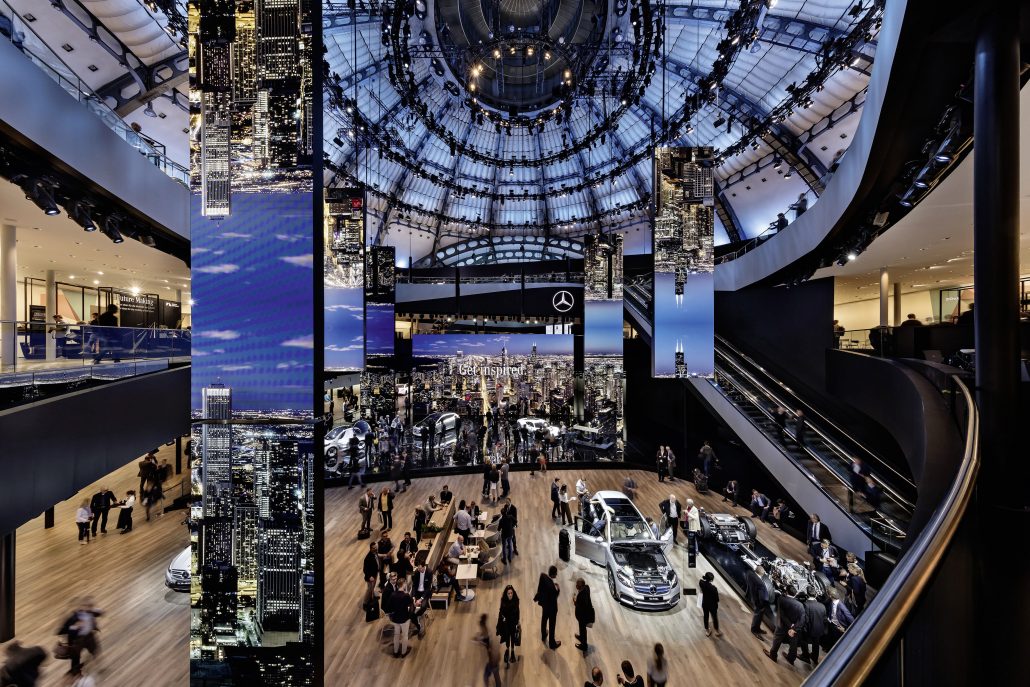